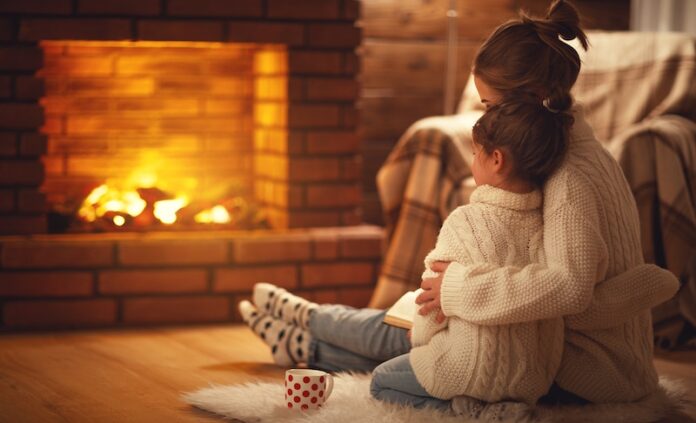 All chimneys should be cleaned at least once a year, and if you use your fireplace frequently, you should probably clean the chimney out more often than that. It’s a fairly simple process to determine whether or not your chimney is due for a cleaning, because all you have to do is take a flashlight and look up inside the chimney. This visual inspection can alert you to any significant issues, but you’ll have an even better method for determining whether it’s time for a cleaning.

You can use a plastic knife or even a pencil to scrape off some of the creosote which builds up on all four sides of your chimney. If this accumulation is thicker than 1/8 of an inch, then you should definitely prepare for a chimney cleaning. If you have been able to get by with an annual chimney cleaning, the best time to do so is in the fall, which is right before the firewood season begins. That will avoid the possibility of starting a chimney fire when you begin using your fireplace sometime during the winter.

What Do You Use to Clean a Chimney Yourself?

The first method you can use for cleaning your chimney is from the top down. This calls for you to set up a ladder against the side of your house and climb to the rooftop with your chimney brush and any extensions you intend to use. Then you just have to use the first extension and scrub up and down, so as to remove all the accumulated creosote on the sides of the chimney. 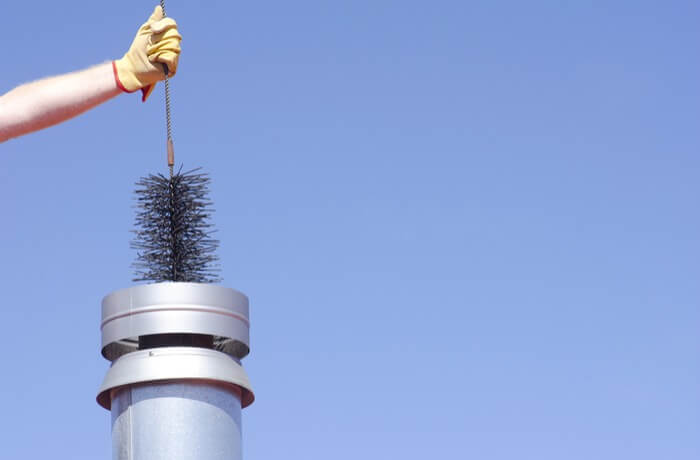 Keep adding extensions to your chimney brush until you get all the way down the chimney itself, and all sides have been cleaned. Another way you could approach chimney cleaning is from the bottom up, and this approach is similar, but from the opposite direction. You would begin by assembling a single extension on your chimney brush and cleaning the section of the chimney nearest you.

Then you would continue adding extensions to your brush until you got all the way to the top, with all sides having been cleaned. A third possibility for cleaning your chimney is to make use of a pulley system, but this requires that you have a partner helping you. A pulley rope system can be used in tandem with your chimney brush, and the ropes would be attached to both ends of the brush, so that it can be manipulated upward and downward, until the entire chimney flue has been scrubbed clean.

Chimney cleaning logs are often advertised as the lazy man’s way to clean the chimney, but the question is whether or not they are really effective. The answer to that is – up to a point, yes they can be somewhat effective. A creosote sweeping log contains a chemical catalyst which can reduce creosote buildup by 60% when used regularly. However, this is basically limited to the early stages of buildup inside your chimney, when flaky soot can be brushed away fairly easily.

In a more advanced stage, these flakes will have hardened into tar which cannot be removed without the use of specialized rotary tools. In the most advanced stage, creosote will be converted into a kind of glaze which may require a complete replacement of the chimney liner, because there is simply nothing that will remove it. So, in answer to whether or not chimney sweeping logs could replace professional chimney cleaning service – the answer is definitely not.

Can You Clean a Chimney From the Bottom Up?

In the early stages of creosote buildup, this material can be removed from the sides of your chimney walls by using a chimney sweeping log which you would burn right in your fireplace. However, this procedure is far less effective after creosote has had considerable time to build up and accumulate on your chimney walls. If you have ignored creosote buildup for quite some time in your chimney, it’s very likely that it will have formed into a glaze on the side of the walls, and it will be impossible to remove this glazed-up creosote without completely replacing your chimney liner. 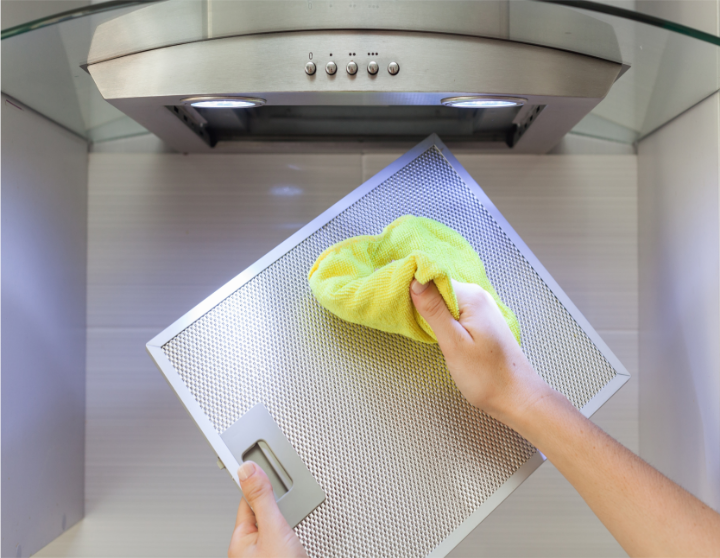 You may have heard something that sounds like an old folktale which refers to cleaning your chimney by using potato peelings. Strangely enough, there is at least some truth to this folktale, because it has been successfully performed by many skeptical practitioners in the past, and many more will no doubt attempt it in the future.

If you’d like to try it yourself, here’s how you would go about using potato peelings to clean your chimney. First, you should place some damp potato peelings on any flat surface, preferably a cookie sheet. Then set them in some location which is out of the way of traffic and direct sunlight, so that no kind of excessive heat can affect them.

While the potato peel burning will not remove all of the creosote buildup, it will certainly remove at least some of it, and reduce the level of creosote accumulation. This should be considered a stopgap measure rather than any kind of comprehensive cleaning, and it is certainly not intended to be a replacement for professional chimney cleaning. However, if you’re in a pinch, and you want to feel safe about burning firewood this season, you can certainly use the potato peel burning method to give yourself a level of comfort, before starting up that first indoor fire of the season.