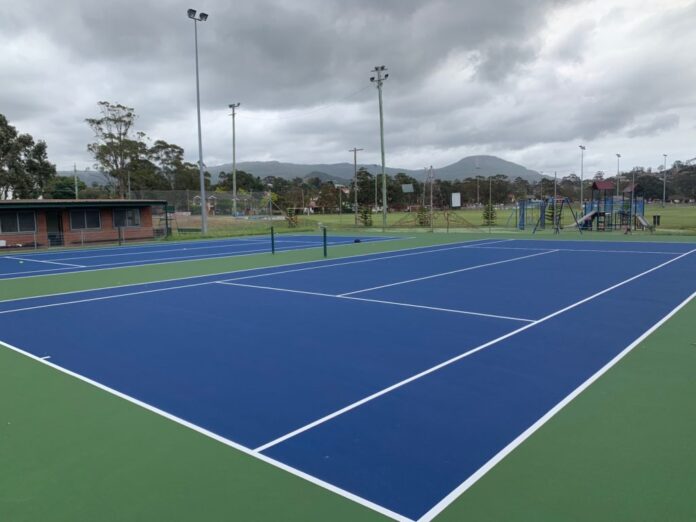 Tennis remains one of the most popular sports in the world, with audiences on television and in person thrilling at the exploits of some of the most highly trained and skilled athletes on the planet.

Many people go to their sports centre or gym to play tennis as it is a great and fun way of getting and staying fit, as well as a fantastic social opportunity. Some people will even be fortunate to have their own tennis court at home.

Most people will be aware of the fact that there are a variety of different surfaces on which to play tennis, each with their different characteristics, advantages and disadvantages.

It is important when resurfacing a tennis court to understand what is required, as well as considerations about what surface is the best for the circumstances as well as other external considerations.

There are generally three types of tennis court to understand:

Grass courts are the oldest and most traditional type of tennis court that there is, favoured by historic tournaments such as Wimbledon. Tennis played on grass used to be known as lawn tennis.

Each type of court is very distinctive, and grass courts are no different, providing unpredictable bounce. Grass courts are very attractive but can be very high maintenance. Good soil is required and weed prevention is required both at resurfacing and constantly throughout the life of the court.

Clay courts come in two types – red or green – each made with different materials in order to form the surface. Red clay courts are made with crushed brick that has been packed very close together with a loose topping. They can be much more tiring to play on than grass courts due to the slower ball speed and longer rallies, although they require less maintenance.

Hard courts use an asphalt or concrete foundation with synthetic layers placed on top of them. These tend to be one of the easiest type of courts to maintain and are slower than grass courts but faster than clay courts.

As modern technology has improved, there has also been an increase in the development of so-called hybrid courts, which use a range of materials and are often based around longevity and low maintenance.

Asphalt is a common court type for public courts as is concrete, for example outdoor courts that may be provided in a public park, due to their low initial cost. Carpet courts, where the top surface is a rolled-out carpet, can be suitable for indoor courts for similar reasons. Artificial clay is becoming an increasingly common choice for tennis court resurfacing due to low maintenance costs. 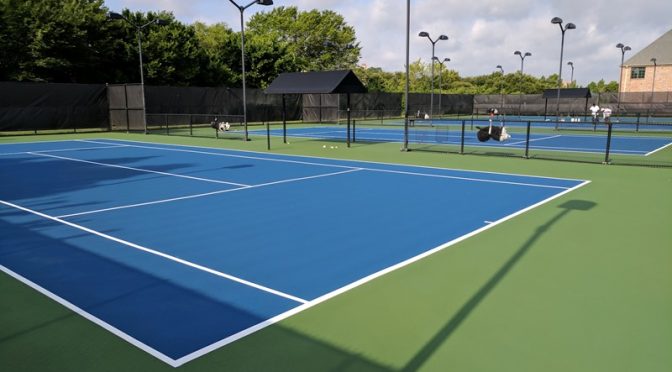 When resurfacing a tennis court, a number of questions need to be resolved as part of the process. The first question to be asked is whether when the court is resurfaced it will have the same court type as previously. For example, resurfacing a grass court as another grass court.

When resurfacing a grass court, it will commonly be the case that the same type of court will be resurfaced, although perhaps taking advantages of technological developments in new materials for court preparation.

If resurfacing a tennis court to a new type, for example resurfacing a grass court as a hard court, more extensive digging and preparation will be required.

Although resurfacing a tennis court could potentially be undertaken by any skilled landscaping contractor, it will usually be beneficial to engage the services of a specialist tennis court installer.

A company specialising in tennis court installation and resurfacing will have a greater understanding of the requirements of resurfacing. They will be able to undertake a land survey, looking at the location of the court to be resurfaced, as well as the land immediately surrounding the court, to ensure that there are no unforeseen problems.

A specialist contractor will also understand the four layers that go into making a tennis court:

The failure or degradation of any one of the four different layers can be the reason that a tennis court needs resurfacing. An understanding of each of these four layers and its role in a particular court type is a vital part of a successful and long-lasting resurfacing project.

It is important to understand which type of surface is preferred, in terms of speed and playing style. Finally, it is important to consider the factors of the initial cost of the resurfacing, as some will be cheaper than others, compared to the long-term maintenance costs related to the surface in question.

8 Air Conditioning Repair And Maintenance Tips To Prepare For Summer