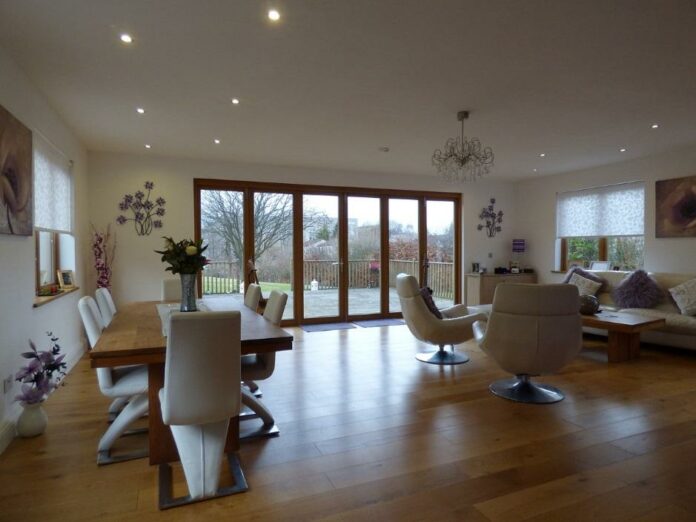 You are probably wondering what bi-fold doors are. Or perhaps you already know that they can slide open. Apart from this ability, they are also made from a series of panels that can fold against the wall in a manner the same as a concertina. It holds true that single leaf doors are common and considered conventional in almost all modern homes. However, they can prove to be extremely inconvenient, especially since they tend to take up so much space in an area.

Bi-fold doors, on the other hand, are sturdier and more attractive in nature. That is why these sliding doors Essex are deemed a go-to option. And since they can easily be pulled right from the centre, they can provide you with a full view and access to what is behind them. Mind you, this process is done in a single swift motion.

A Quick Glimpse at Bi-Fold Doors

Bi-fold doors are also known for steering clear from the so-called “shuddering” experience, which is common in sliding doors. You also have a handful of installation options, as these doors can be installed either inside or outside your home. As a matter of fact, you can use them as a gateway to your conservatory or garden. Some homeowners prefer to use bi-fold doors as a means to split a much larger area without the worry of losing the sense of space. So, if you are looking for a type of door that offers incredible flexibility, this one right there is definitely a much better alternative.

Moreover, bi-fold doors can be equipped with large glass panels, allowing you to let a good amount of light in. You will even love the fact that they come in a variety of materials, such as aluminium, wood, and uPVC, among many others. If you are interested in a more aesthetically pleasing option, you can never go wrong with either aluminium or timber bi-fold doors. These materials have quickly become a popular choice among modern homeowners.

Where can be Bi-Fold Doors Fitted? 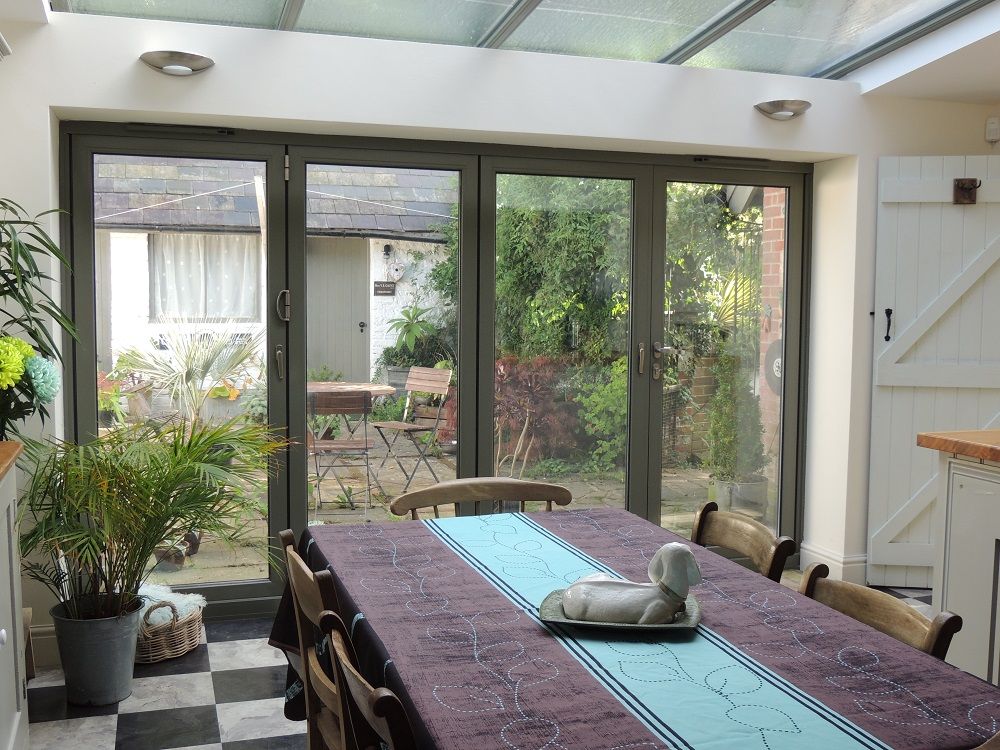 Bi-fold doors use a very straightforward tracking system for both interior and exterior types. The system, in particular, runs along with the doors’ panels that are connected to a train. The doors work by simply folding in and gliding along the said system. The process is made even simpler through the help of wheels and/or a lower tracking system, both of which also results in a smoother and quiet operation.

Bi-fold doors usually come in pairs, which is actually a common thing for interior ones. They often have two doors folding to a single side or, if not, with four that tend to part right in the centre. The two doors, on the other hand, fold back to either side.

When you move forward with bi-fold doors, you can expect them to come with all the much-needed fittings and tracking. And yes, all of them are already installed. Most of these doors are going to have anywhere between two and seven panels. 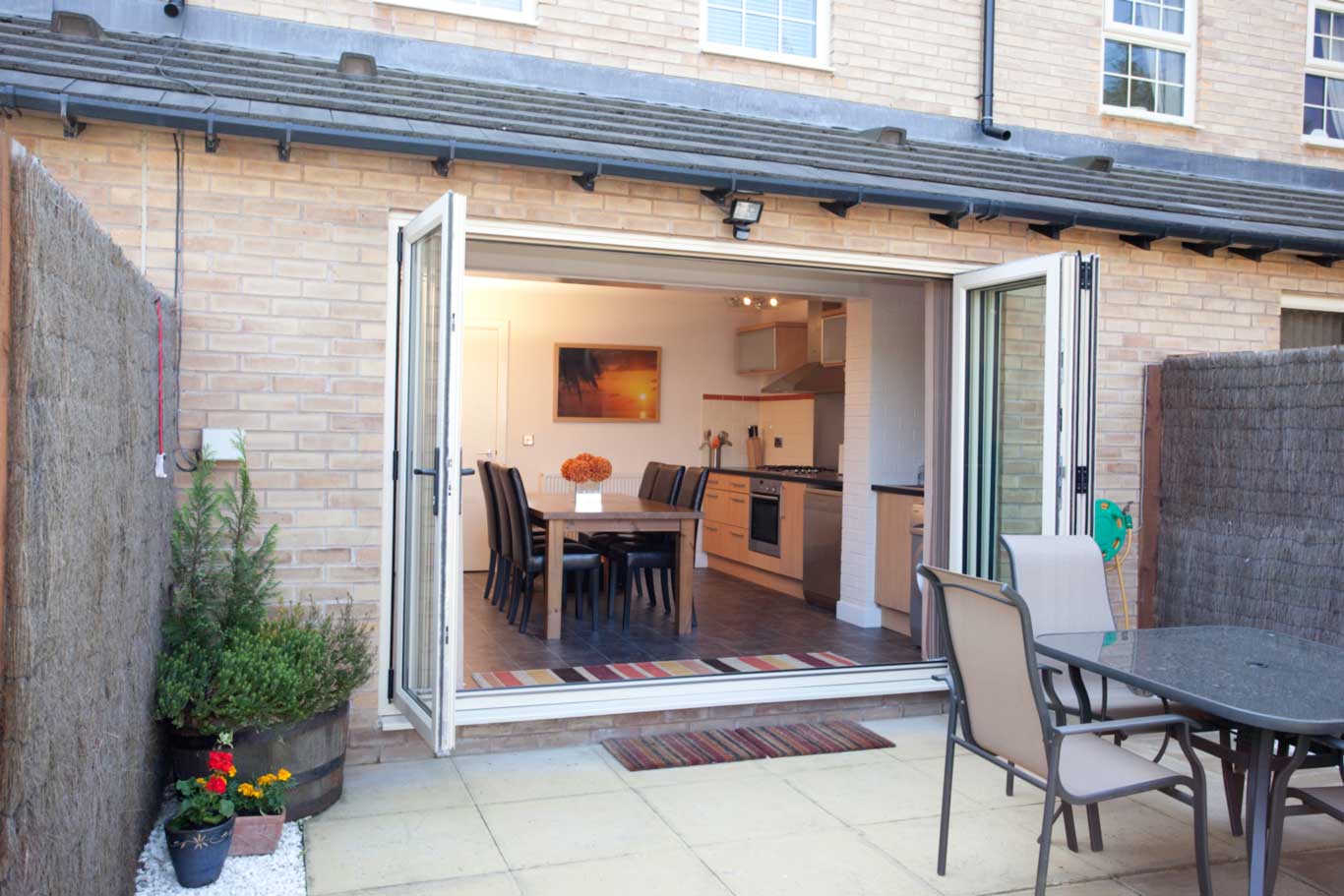 As mentioned, bi-fold doors come in two types: exterior and interior. Nonetheless, they both offer a significant amount of flexibility. Even more so, they can easily be customised according to your preferences. Since they are ideal for connecting areas like kitchens, living rooms, and dining rooms, there is no doubt that they can make your home completely stand out.

Apparently, there are different advantages unique to exterior and interior bi-fold doors. To give you a better understand, check out the quick rundown below:

External – External bi-fold doors are all about providing you some spectacular views. As the name suggests, it banks in the idea of providing you a glimpse of the outdoors. What is more, it lets you maximise the specific amount of natural light that you can bring indoor. And if you are looking for much better security, this one right here will not let you down.

Internal – As for internal bi-fold doors, expect them to take a significant amount of space in your home when opened. Still, they remain to be the most ideal option for smaller spaces, such as kitchen pantries and laundry rooms, to name a few. Why? That is because interior bi-fold doors can fold themselves with ease, allowing them to take up far less space. This is most especially when you compare them to conventional sliding doors.

Well, there you have it – a quick guide to bi-fold doors. As you can see, these doors can bring a ton of benefits to your home. Why not give them a try and see how they can transform your home?