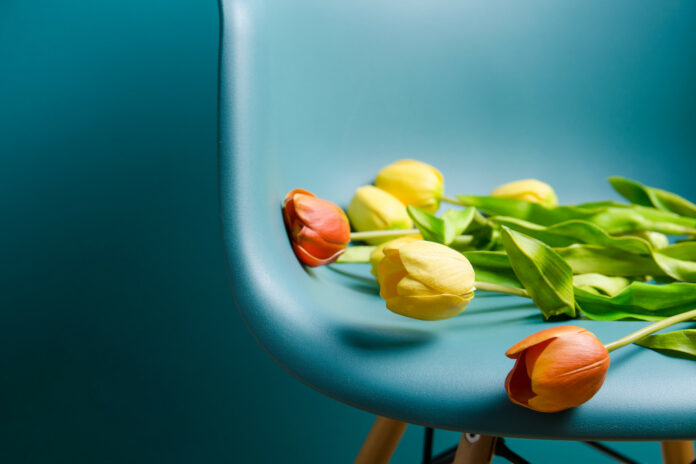 In the 1950’s, a well-known design piece known as the tulip chair and table became a household staple. Who invented this sleek, lovely design?

Throughout his illustrious career, Eero Saarinen accomplished quite a few things in the architectural world. He played a part in designing everything from Washington Dulles International Airport near Washington, D.C. to The Gateway Arch in St. Louis.

Let’s take a little bit of time to learn more about Saarinen and his quest to create the perfect chair.

Who Was Eero Saarinen?

Eero Saarinen was born in 1910. His father was the celebrated Finnish architect Eliel Saarinen.

At the age of 13, Saarinen and his family immigrated to the United States. They settled down in Bloomfield Hills, Michigan where his father worked as both a teacher and a dean at Cranbrook Academy of Art.

After graduating from Cranbrook Academy of Art, Saarinen moved to Paris to study sculpture at the Académie de la Grande Chaumière. He then returned to the U.S. to attend the Yale School of Architecture before launching his career.

When Did He First Start Designing Furniture?

Once he finished school, Saarinen spent some time traveling before making his way back to Cranbrook Academy of Art to teach. He also started working for his father’s architecture firm Saarinen, Swansen, and Associates at that time. 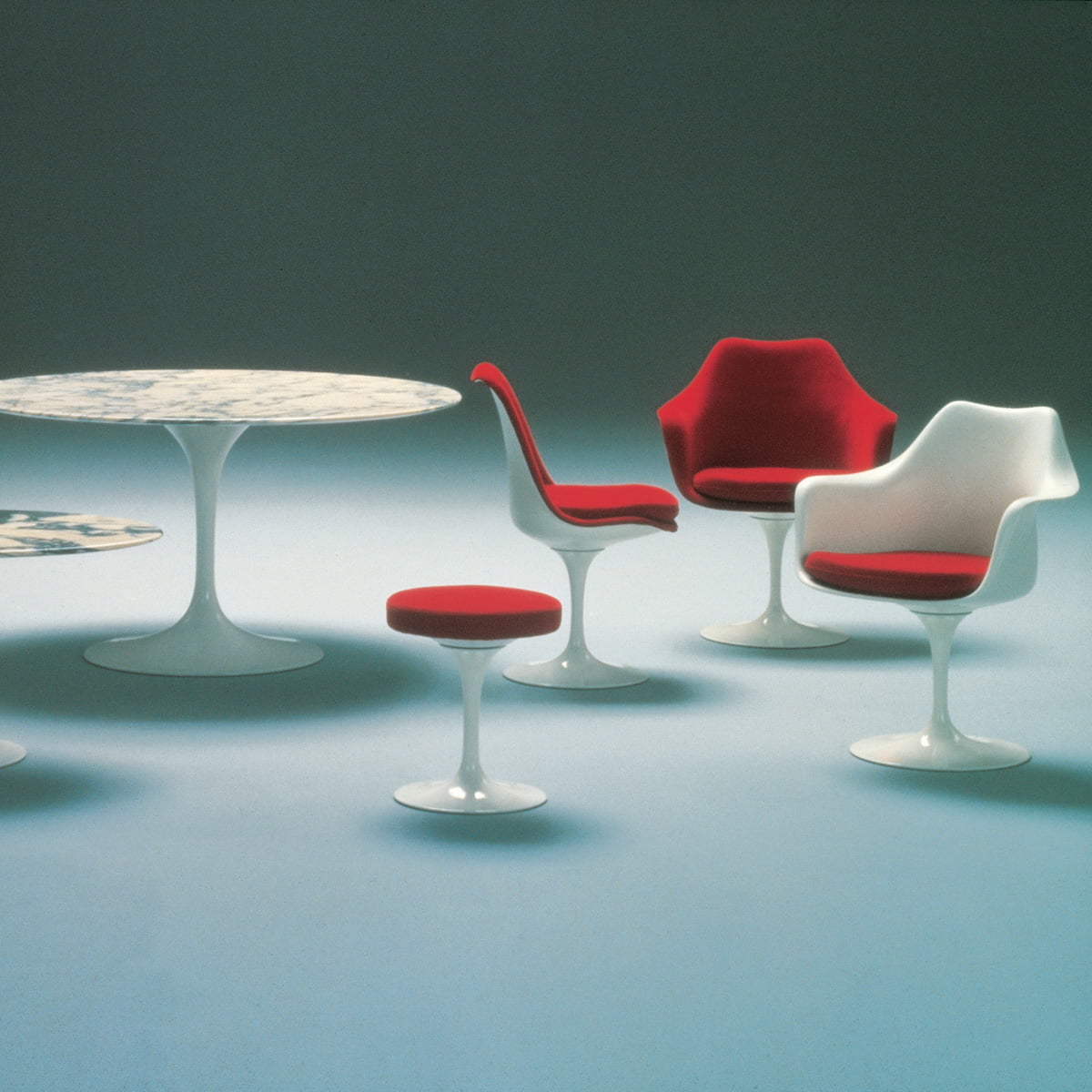 Saarinen spent his early years designing furniture, and he got his first taste of success in 1940. He teamed up with his former classmate Charles Eames to create a chair that won first place at the Organic Design in Home Furnishings competition.

Saarinen created several furniture pieces for Knoll, including the aforementioned grasshopper and womb pieces. He also came up with his biggest idea yet while working with Knoll—the tulip chair.

Long before the chair landed in this furniture shop, it was little more than an ambitious concept trapped inside Saarinen’s head.

How Did He Come Up With the Idea for the Tulip Chair?

Although he created many pieces of furniture over the years, you could argue that Saarinen was the most passionate about the tulip chair. He felt compelled to create a chair that didn’t have four legs like all other chairs.

“The undercarriage of chairs and tables in a typical interior makes an ugly, confusing, unrestful world,” Saarinen said after developing the tulip chair. “I wanted to clear up the slum of legs. I wanted to make the chair all one thing again.”

And that’s exactly what Saarinen did.

His tulip chair relied on a single pedestal leg as opposed to four separate legs. It looked a lot like a flower, which is where it got its name.

What Was the Original Tulip Chair Made Out of?

When Saarinen first started working on the original tulip chair, he wanted to make the entire thing out of fiberglass. But he soon discovered that fiberglass wasn’t going to be strong enough.

So he took a different approach. He created the top part of his chair out of fiberglass that featured a reinforced finish on it. The bottom part of the chair, meanwhile, was made using cast aluminum and coated with a finish to match the upper part.

This allowed the bottom part of the chair to provide the upper part with more than enough support. But it also made the chair appear as though it consisted of the same material all over.

He topped the chair off with a comfortable cushion to complete the look.

Why Did the Tulip Chair Become So Popular?

The tulip chair was a huge success within the furniture design world right from the start. It eventually won a series of awards including the:

It also found a place in many American homes before long. People heralded the tulip chair for being a great example of what modern furniture should look like. Some even went as far as to call it “space age.”

Today, millions of people continue to use tulip chairs and other pieces of tulip furniture in their homes. The tulip design is now considered to be a classic and has earned Saarinen a spot in furniture design history.

Buy a Tulip Chair for Your Home Today

If you’re interested in upgrading the furniture in your home at the moment, there is no shortage of options out there for you. You can find a wide range of furniture from all kinds of furniture companies.

But despite being more than half a century old at this point, the tulip chair still looks and feels every bit as futuristic as it did when Eero Saarinen first created it. It would be a great addition to your home if you’re looking to make a strong statement.

Saarinen, unfortunately, didn’t get the chance to live long enough to see how successful his chair would become. He died in 1961 during an operation to remove a brain tumor.

He would have been proud to see the world embrace his chair and continue to embrace it for years to come. He changed the game when he came up with the design for it.

Read our blog to find out about other great furniture options for your home.

The Process of Buying a Home in Foreclosure in 2023

Green Laundry – Why Should You Choose Sustainable Laundry Detergents?

Where Can Get Good Quality Residential Movers?

How To Get The Most Out Of A House Inspection

Sewer Cleanouts: Beneficial To You & Your Home

What You Need To Know About EPDM Roofing

4 Tips For Hiring a Local Fence Contractor or Company

Upgrades That Can Make Your Backyard Look Tidier

How Homeowners Can Use Greenhouses In These 4 Ways