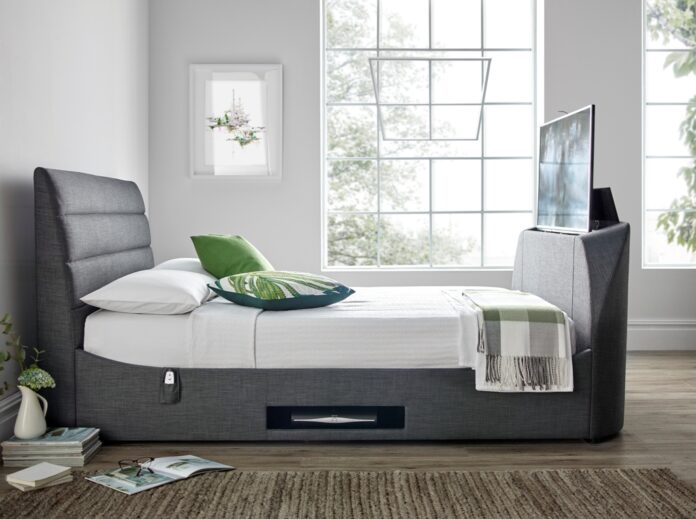 The debate as to whether we should watch TV in bed isn’t a new one. Many people have TVs in the bedroom, while others choose not to. However, it is a popular routine, after a hard day at work, to cosy up in bed and wind down with your favourite show before sleep. So, what’s the big deal? In fact, now that there are some stylish bed options that come with a TV built right in, is there any need to resist? TV beds are an invention of our time, but are they a good or a bad thing when it comes to our health and wellbeing? In other words, what do they do for our quality of life and sleep?

According to Ofcom, since the rise of ‘binge watching’ and streaming apps where folks can catch up on their favourite TV shows, over half of the adult population in the UK (51%) watch TV in the bedroom.

However, many are now using tablets and smartphones to stream their programmes rather than a television. This is worth mentioning because it could potentially be the way in which we watch (the position we are in, whether we are holding the device, whether the TV-watching is interrupted by messages or online services, etc) that is having more of an impact on our quality of rest and sleep.

This, essentially, puts the idea of a TV bed in a positive category because, if we are already determined to watch our favourite shows as part of enjoying the opportunity to relax, be entertained and wind down on an evening, lying comfortably with no other distractions is much better for us than straining our bodies to look at a hand-held device that could potentially keep us awake with many other features such as messaging apps and social media.

TV Can Be Good for Us

Despite the concerns that a TV in the bedroom, in this case – in the bed itself, can be bad for our health due to keeping us awake, there is more to consider. Most adults are aware that binging on too much television in bed at night could keep them awake, impact upon their sleep and leave them tired the next day. Most people therefore also have a good level of self-control when it comes to TV watching. A TV bed, in fact, could encourage a more natural transition from the winding down period into sleep because it allows people to be in a more natural, sleeping position and is therefore less likely to disrupt relaxation at the time of switching off. In itself, TV-watching is entertaining and fun; it is enjoyable, can reduces stress, encourage relaxation and allow us to shake off the working part of the day. 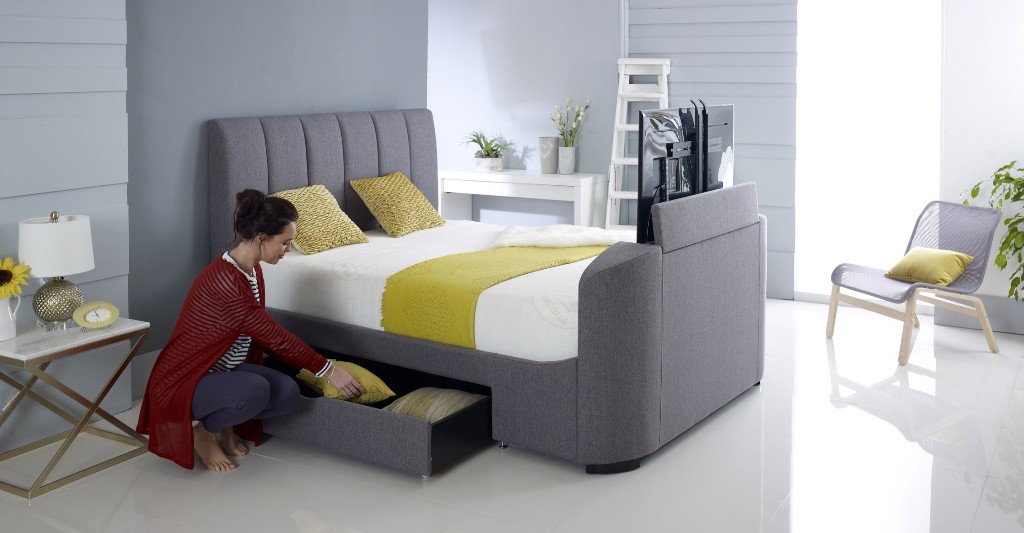 So, a TV in the bedroom might actually be quite ideal, and TV beds offer an even comfier way to watch – even better – with a TV bed, the television is an extra feature and is kept ‘hidden’ when not in use, reducing the amount of time a television is actually visible in the room and potentially encouraging more time without it.

68% of adults in the UK described TV watching as a pastime that brings people together. Contrary to what people might believe, the act of watching a programme or film alongside another person is a shared experience that can actually bring people closer together, encourage conversation and shared enjoyment. 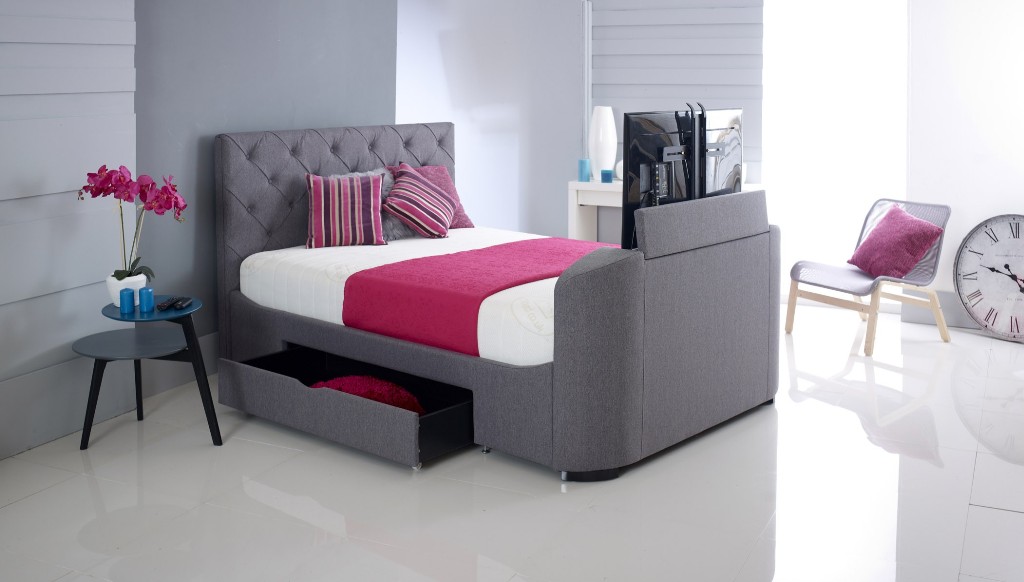 Think how often you would go to the cinema alone and then never talk about the film again? I doubt that happens very often. The same goes for an evening routine; couples will, quite often, see cosying up in bed and watching their favourite show together as a way to share their closeness and take part in a shared experience. In addition to this, a TV bed offers an experience closer to that of a cinema visit than holding a smartphone up to your face. It seems that there is much more appeal, if we are a nation of TV-lovers to opt for a TV bed than a tablet.

TV beds can be somewhat of a luxury: they are stylish, techy and built for comfort. While they may not be for everyone, TV beds do offer more of a cinematic experience, encourage closeness and allow for the bedroom television to be out of sight most of the time. This in itself may help encourage people to only use the television for a specific programme or film. At the end of the day, watching TV has become a favourite pastime and, as long as we are in control of how much we binge and don’t let over-watching become a habit, TV beds offer a great alternative to the rise of smartphone binging. All in all, if you like TV in bed and you like the idea of being able to ‘put the TV away’ when you’re done – a TV bed might be right up your street.