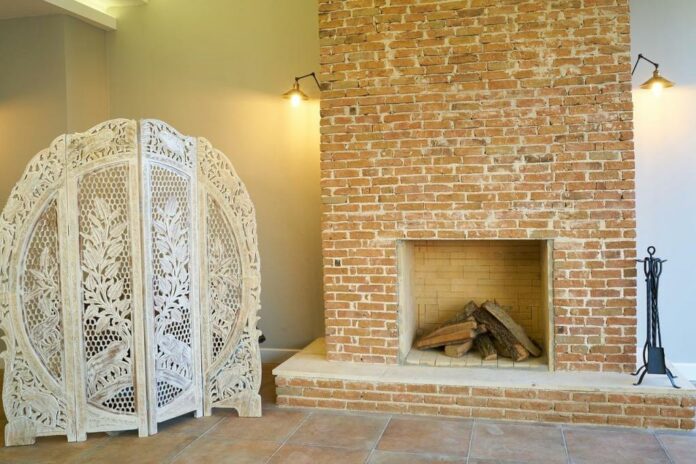 Most UK homeowners who have a fireplace commonly ask this question whether they can use brick slips in the fireplace or not.

In short, yes, you can make your fireplace better with brick tiles as they are heat resistant. But, there’s more to know about them.

Fireplaces remain the focal point of most living rooms across the UK. Previously predominant in the countryside, fireplaces became much more than a utility space. The fireplace is like a representative of the mood of the whole house. It is dressed appropriately for the season, such as during Christmas, tinsel and stockings are ornamenting the mantlepiece.

Good fireplaces must be cherished for their incredible presence throughout the living room, but you have to know what can enhance the presence of the fireplace. 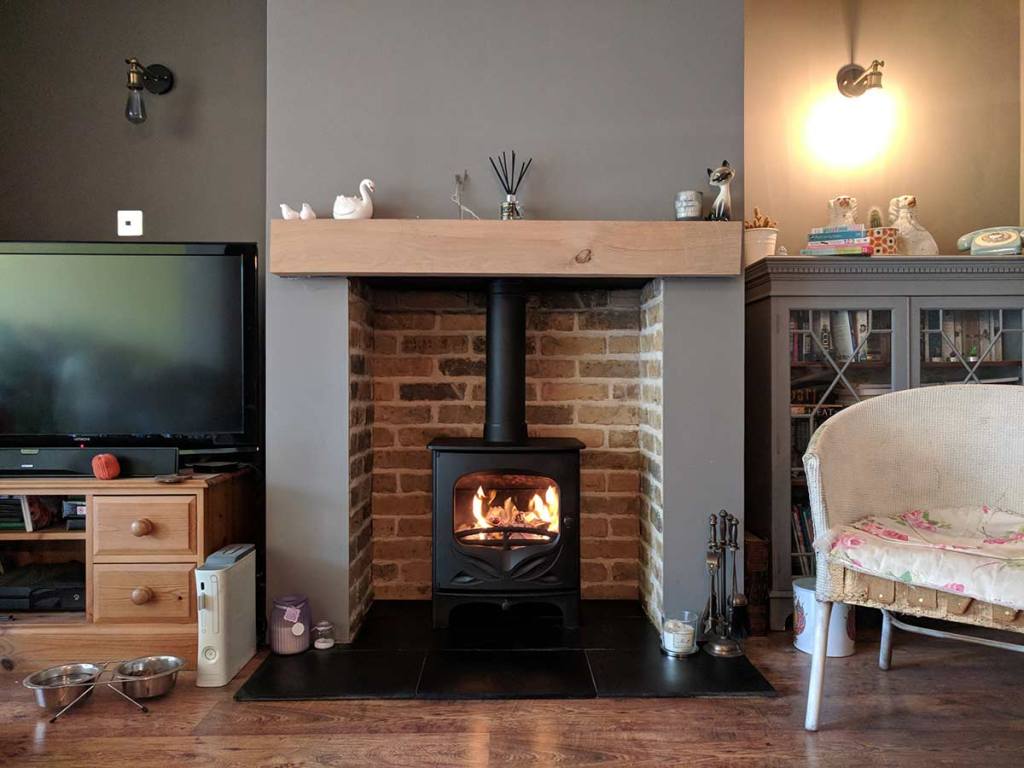 There are many ways to make your fireplace appear prominent, but none is as effective as using brick slips that add a distinguished character and warmth. Available for affordable prices, brick tiles are made to be easy to fit. Most people install these tiles on their own without any professional help, because they are so easy to install.

Not only fireplace but brick slips kitchen tiles are widely used across the UK.

Brick slips are a cut form of the full-size bricks that are about 20mm thick. These thin brick slices are popular because they replicate the conventional brick appearance without being that heavy. Available in a wide variety of colours and styles, the brick tiles are used to create traditional as well as contemporary looking walls.

One of the main advantages of brick slips is that they are easy to install. All you have to do is to glue these tiles to the wall of the fireplace. After glueing, you point these brick slices just like a traditional brick. It makes it impossible to distinguish it from a traditional brick wall.

Can fireplace inside have brick slips? 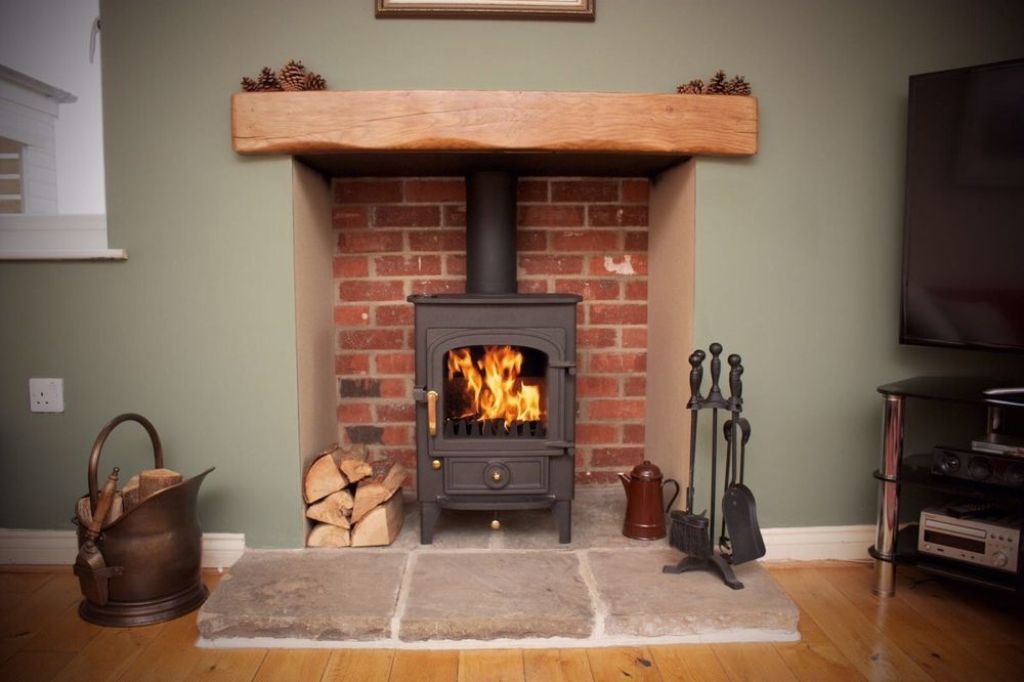 Absolutely. The brick tiles that are made for fireplaces have high heat resistance as standard. As the inside of the fireplace has to deal with high temperatures, the brick slices that are rated heat resistant must be used for the inner lining. Also, make sure you are using the adhesives and grout that is fire rated.

Mostly the brick tiles are made of concrete that naturally makes them fire-resistant. This is why most fireplaces in modern properties have brick slip lining on the inside as well as on the outside.

Can a fireplace entirely be built with brick slips?

If you have a modern house that has no fireplace, then most probably you may want to add character to the property by building a fireplace in the living room.

Interestingly, you don’t have to build an actual fireplace to add that traditional touch to your room. Just build the shape and clad using the brick clips on the outside.

This will give an unbelievably strong warmth to the living room. 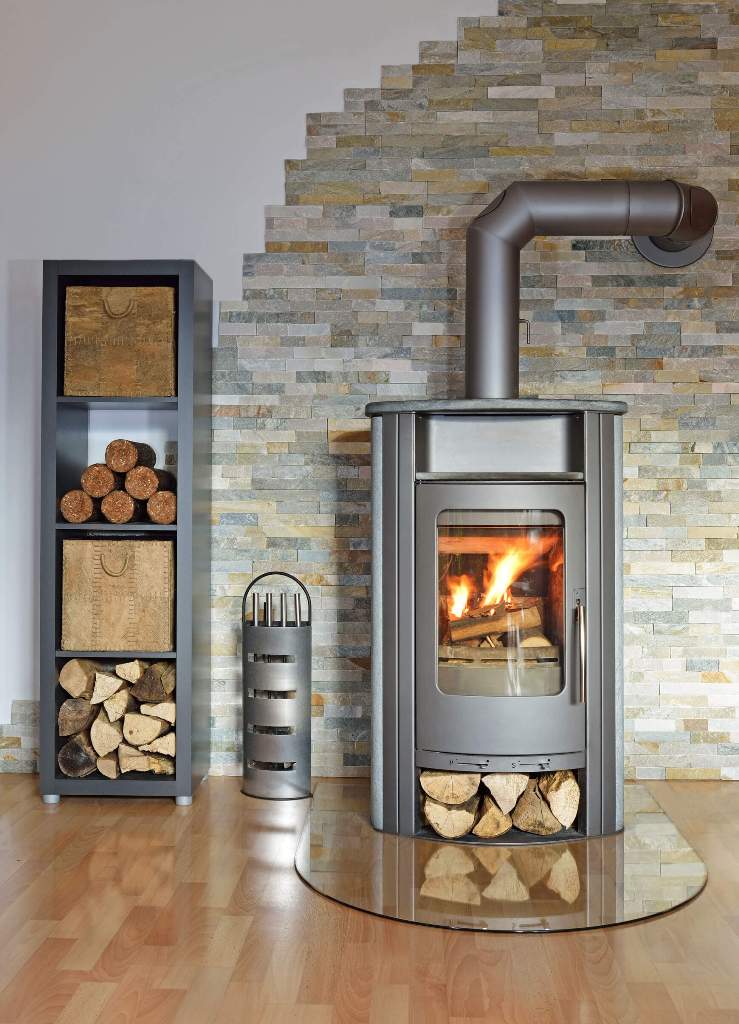 Cost-effectiveness is one of the important advantages of brick tiles. A brick slips internal wall will cost you almost half a traditional brick wall. This cost economy makes these tiles best for DIY projects. Also, as these brick slices are a lot lighter than traditional bricks, they are less expensive to be transported. The structures built with brick slips are also lightweight and need less space for bricks. If you already have restricted space, building with brick tiles will save you a lot of space.

For instance, building four internal walls with brick slices will take at most 80mm of the floor space, while traditional bricks can take up to 480mm of floor space for the same construction.

As brick tiles are thinner, they do not cover the original detailing like window and door structures and arches, when you use them on the external walls. Another important advantage of using brick tiles for construction is time efficiency. For instance, building a brick slips hull will be ten times faster than building the same hull using traditional bricks.

The use of brick slips for fireplace is a wise choice as it saves space, time, and money while offering all the same benefits as traditional bricks.