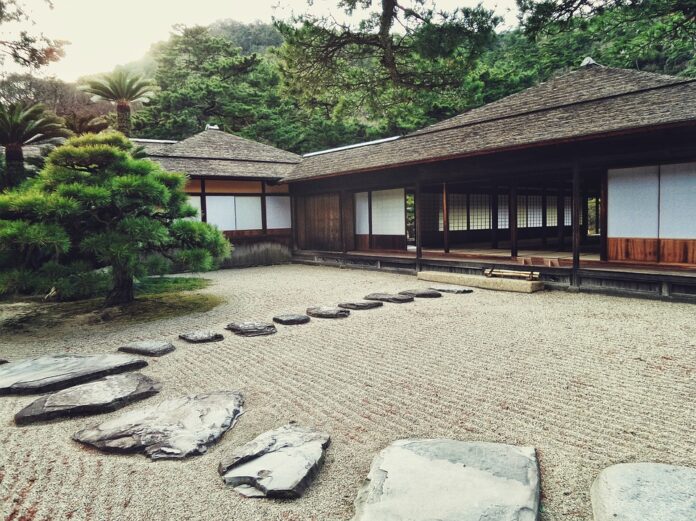 Have you ever noticed a miniature rock garden on someone’s desk before? Or seen larger Japanese rock gardens in monasteries and similar settings. They often include interesting stone features, lanterns, raked gravel, pruned trees and bushes, all carefully arranged into a harmonious balance. More and more people have been expressing their interest in creating a Japanese Zen garden for themselves at home, or perhaps in their workplace.

But what are these unique garden designs all about? Why do people create them? Why is there no grass?

What Is a Zen Garden? What Are its Main Features?

A zen garden, also known as a Japanese rock garden or dry garden, is a most distinctive design for small garden spaces in which rocks, water and limited greenery are positioned to imitate the essence of nature. Among the more distinctive features are the beds of raked gravel, which are so raked to imitate the effect of ripples on water. While early zen gardens did include some grass and moss, the more abstract concepts that emerged during the 16th century such as the Ryoan-ji in Kyoto, Japan began to remove the grass.

Though you will often see some greenery in the form of carefully pruned bushes and trees, you won’t typically see grass in a zen garden. The concept of rock gardens in Japan goes all the way back to the late 8th century CE, and was later combined with concepts of Zen Buddhism during the Muromachi period from 1336 to 1573. The Muromachi period was a time when Japanese culture was flourishing, all rather unfortunately the backdrop of multiple civil wars. 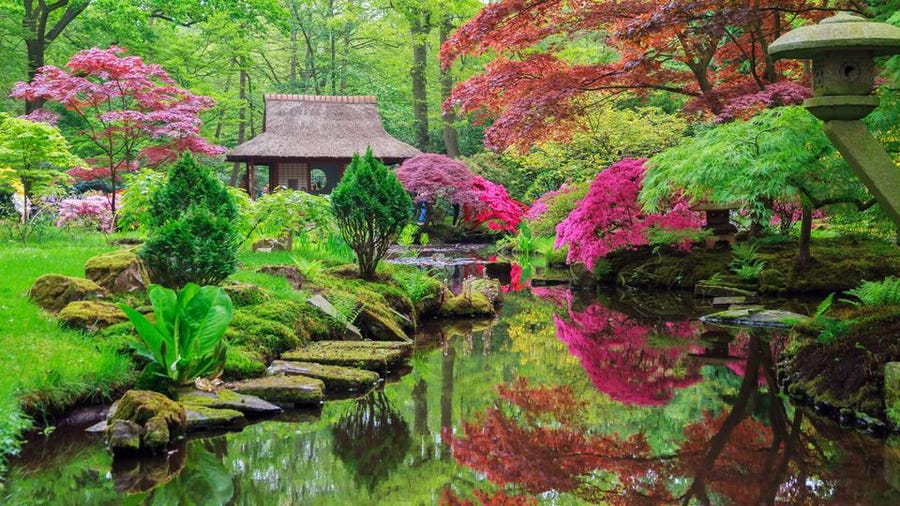 What Is the Purpose of a Zen Garden?

Zen gardens were usually built alongside temples, as well as within or around the homes of Japan’s more devout Buddhist worshippers As we touched on above, the idea behind zen gardens was to imitate the essence of nature. Some question this at first saying that nature is never so ordered as a zen garden appears to be  — raked gravel? — but the misunderstanding is that zen gardens were made to imitate the appearance of nature. The “essence” of nature is about real and meaningful harmony and balance, even if it looks chaotic on the outside.

So, zen gardens are designed to be a tranquil, harmonious and balanced place for people to find peace and rest, as well as be able to focus on becoming more self-aware. It also serves as a fascinating and moving piece of art — living art, if you will. As the weather changes and impacts the garden, it too creates new features and experiences. Rain will bring puddles, for example, which alter the appearance even if only temporarily. Snow will change it, too. People can reflect on these changes and how time and the seasons are also changing them. 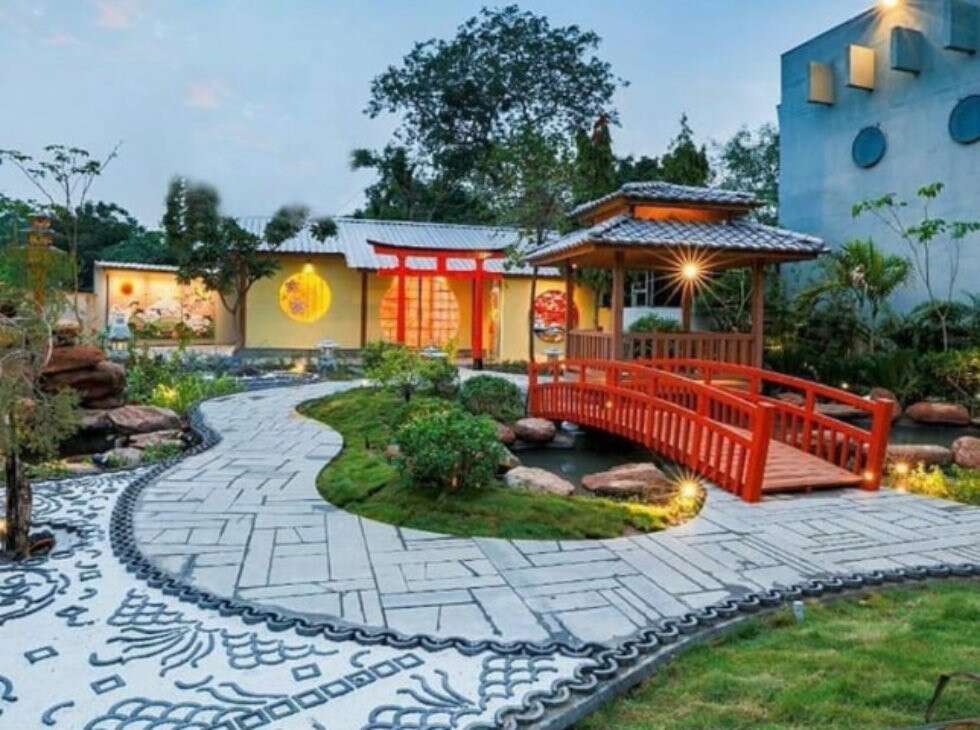 How Do Zen Gardens Connect to Zen Buddhism?

The concept of zen, first established by Siddhartha Gautama (aka, the Buddha), focuses on the idea of meditating to discover the self and clear one’s mind of distractions and desires for material things. Zen gardens, then, were a designed environment meant to be more conducive to this goal. Their simplicity, order and harmony is part of offering the mind a quiet, ordered and calming space in which it can settle, distraction-free, and focus on becoming more self-aware.

Despite connections to a doctrine like Buddhism, zen gardens have no formal rules on styling or features. There’s no minimum number of rocks or trees, no rules on exact layout. In this way it’s quite an individualistic thing because it is about an individual creating a tranquil space that works for them most of all.