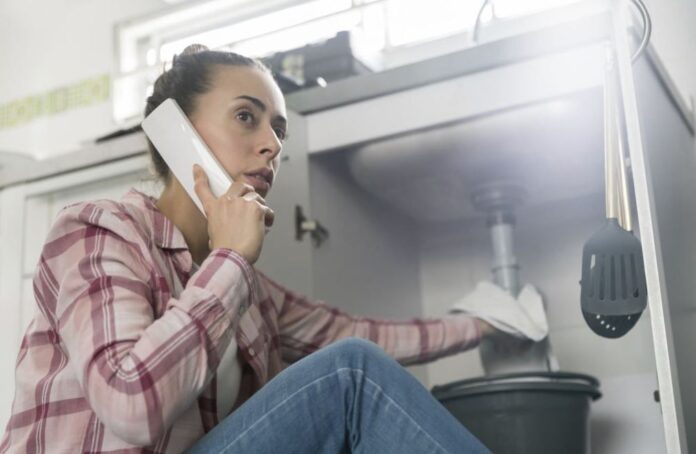 Plumbing problems run the gamut from total disaster to minor inconvenience. They can range from almost free to fix up to the total value of the structure they are housed in – we’ve seen property owners choose to tear a property down rather than deal with the expense of a major plumbing overhaul.

This article will list the most common issues an average homeowner will run into regarding their plumbing. We’ll give some tips for assessing what’s going on, whether or not it’s something that can be tackled by yourself, or if you should call in a plumber. Remember that when it comes to virtually all things plumbing-related, prevention is preferable to a cure, and many plumbing issues (not all, of course) can be prevented or the damage minimized if you have some warning that the problem is on the way.

So here are the top 10; you’ll notice some are simple plumbing issues requiring just a little know-how and a willingness to give it a shot, while others will no doubt require a professional, licensed plumber to take care of – there are certain jobs that should not be attempted as they could potentially be unsafe – things that have gas fittings, or are under high pressure really should be left to the pros.

This is usually caused by some debris or build-up, causing a blockage that restricts the ability of the water to drain freely. In the kitchen, we typically see this caused by bits of food, grease, and congealed fat. In the bathroom, hair and pieces of old soap are more common.

If caught early enough or if the blockage is minor, you can fix this with things like a plunger, chemical drain cleaners like Draino, or even baking soda and vinegar can get the job done. If the clog is more advanced then you’ll want to have a plumber bring in a drain snake to physically break down the clogged pipe.

Pretty much everybody has experienced this at some point in their lives. It’s not just that the sound of dripping water feels like it can drive you mad, it’s actually a huge waste that can spike your water bill and prove costly the longer it is allowed to persist. Just one leaky faucet in a house can drip away hundreds of gallons a year.

Typically, dripping faucets are caused by worn-away, or stiff inner components of the faucet assembly called washers (those round rubber or plastic pieces). To tackle this at home first turn off the water leading to the faucet, then disassemble the faucet and replace worn washers. 9 out of 10 times this should fix the issue – if it doesn’t then it’s likely time for a new faucet.

Clogged toilets can be caused by many different things but the way to spot it is the same every time, you try to flush and the water simply doesn’t drain or drains slowly or incompletely. Normally this is actually pretty easy to solve with a plunger – the mistake most homeowners make is not being firm enough while plunging – you need to put a bit of force into it! If plunging doesn’t work then a sewer snake or drain auger can be employed to get things moving.

Bits of soap, clumps of hair, and other stuff that ends up going down the drain can cause a build-up that leads to a slow or clogged drain. Here is where some prevention comes in – by using a drain guard 99% of clogs can be prevented.

As with other clogs, chemicals can be used but first try the usual methods of baking soda and vinegar, snaking, and plunging. Clogs in the bath or shower tend to be a bit lower in the pipes and getting a good seal around the drain can be difficult so plunging can be challenging depending on the situation – some tips for how to plunge:

So this is one where you’re usually going to want to call in a plumber. There are quite a few reasons that a water heater can fail, some basic (like a pilot light going out) but most are more complicated.

Generally speaking, you don’t want to be messing around trying to fix things like a faulty thermostat, or gas line issues. A professional plumber will be very well acquainted with how to fix a hot water tank (usually it makes more sense to replace than it does to repair). An early warning sign of issues approaching is water anywhere that it’s not supposed to be. Check the drain pan at the bottom, and where the water pipe comes in at the top.

Did you know that a running toilet can waste several hundred gallons of water a month (not to mention $$)? There is a little part in the tank of the toilet called the flapper valve that is responsible for the water that passes from the tank to the bowl. Most hardware stores will carry a kit that you can use to repair this (and it’s not too hard).

A rarer problem that can cause your toilet to run is when the tank becomes blocked with sediment – and this can affect the ability of the tank to flush and fill properly. If you see a lot of sediment in the tank try cleaning it out and see what happens.

Sometimes it might seem that garbage disposal units are more trouble than they’re worth. They are one of the most used appliances in kitchens that are equipped with them but they are also one of the most common things to require repair. The good news is that most often when they appear to be on the fritz they are actually just jammed. Here are a few tips for keeping your garbage disposal running:

The first step to any fix of garbage disposal is to hit the reset button, usually found on the side or bottom of the unit. If that doesn’t work then it’s time to get the Allen key that your unit came with (usually 1/4″) and use it to advance the motor – usually done by inserting at the bottom and turning a quarter turn at a time.

My own personal pet peeve is low water pressure. If you’ve got more of a trickle than a torrent you’ve likely got it. More prevalent in older homes, low pressure can have a variety of causes (not all of them can be addressed, there can be whole neighborhoods affected). Low water pressure throughout the whole house often indicates a more serious issue, but if it’s isolated to a single sink or shower then the culprit is likely the aerators. Mineral deposits or sediment can build up and slowly block the water flow – you can soak the aerator in vinegar to clean it, if it’s in the showerhead you can fill a baggie with vinegar and cover the entire showerhead and let it soak by attaching with elastic bands.

The single worst issue you’re likely to deal with is a sewer backup. Smelly, nasty, unhygienic, and potentially extremely expensive to fix. You know you’ve got a sewer issue when all of your drains and toilets aren’t draining properly at the same time – the horrible stench that typically accompanies this will often be a dead giveaway too.

Where the blockage matters a lot – if it’s on city property then they are usually on the hook for the expense – if it’s on your side of the property line then you’re probably out of luck. Unfortunately just determining where this is will have to be determined by a plumber at your expense. There are three main things that cause sewer blockages and none of them are good or easy to fix. The first is a straight-up clog – too much debris has gathered and will need to be cleaned. Second, tree roots have infiltrated the pipes and grown into enough of a mass that they have to be cut out. Third – old sewer lines will at some point simply collapse.

Leaky pipes are the one issue that has the most destructive capacity of any of the other issues – houses have been condemned due to the type of damage that can be inflicted. Leaks almost (not always) occur at the joint.

If you notice a leak early that’s great, but don’t try any of the hardware store fixes like tapes, compounds, fillers, etc. These are temporary and will eventually fail. The best thing to do is call a plumber in Langley and have them re-pipe.

The most common reason for burst pipes in freezing temperatures that last an extended period, or rapid fluctuations in temperature. The best defense against this is to allow water to drip during a cold snap – just the act of keeping some water flowing can mitigate the freezing temps. Another tip is to keep your thermostat set at the same temperature day and night.