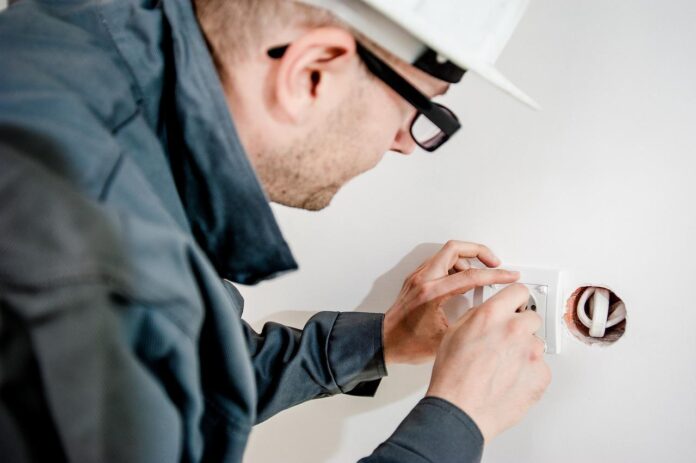 Lack of RCCB or RCD

There is a separate device called an RCCB (Residual Current Circuit Breaker) or RCD (Residual Current Device) that detects current leaks and prevents them. During abnormal current flow, the gadget will turn off the switch automatically.

Electrical shocks may be prevented significantly if you have an RCCB device in your house. Therefore, you may protect yourself against electrocution by having an RCCB installed in your house. Do not try to install it yourself but instead contact a licensed electrician!

Any number of factors, including lightning strikes, power line damage, malfunctioning appliances, and defective wiring, may result in electrical surges. Many people don’t know that surges are actually the most frequent electrical issue in Australia! Surges may harm electrical components in your house, reducing their life expectancy dramatically, even though the surge itself only lasts a microsecond.

If you have frequent electrical surges, the cause is generally an electrical item linked to the home grid or the cable itself. Try removing any cheaply constructed gadgets or powerboards from the outlet to see if this avoids the surges. Otherwise, it may be time to call a professional electrician from Northern Beaches to take care of all the electrical issues you encounter, given that you live in this area.

Overloading is an issue

Your light fixture may have a bulb or other fitting with a higher wattage than the intended fixture. Code violations like these may have a significant impact on the safety of your household. Sockets and wire insulation in fixtures may even get melted by the bulb’s extreme heat. This can generate electrical fires by sparking from one wire to another! There will still be damage to the socket and wires even if the bulb has been removed.

A bulb or other fitting should always be installed within its specified wattage. If the wattage of the fixtures isn’t listed, go for a 60-watt bulb or perhaps a lower one.

Electrical shocks can be scary

Receiving an electrical shock is far from pleasant. Despite the fact that they are often modest and comparable to a common static shock, they serve as a reminder that electricity may be harmful if not properly used. It’s highly important to be careful and safe around electricity!

When you switch on or off a gadget, you can run the risk of receiving an electric shock. Problems might arise from both the device itself as well as the wiring. You may determine whether the findings are repeatable by plugging in another gadget, but you run the danger of receiving yet another electrical shock. If you commonly experience smaller-scale electric shocks when touching your appliances, consult an electrician stat!

Aluminium wiring can cause issues

There are several things that may go wrong when using aluminium wiring. There were a lot of houses that caught fire because of aluminium wiring, but luckily now copper wires are the most prevalent.

Due to aluminium’s higher oxidation susceptibility, it is no longer preferred as a wire material. It may cause an electrical fire if it comes into touch with combustible materials such as wood, plastic, or other organic materials.

For a more affordable option, you may install copper wiring, which is ductile and has the same oxidation characteristics as aluminium. You should contact an electrician to change the wiring in your home – this is not something you should attempt to do on your own!

The most crucial thing you can do is monitor your power use. Your electrical appliances may be left on. This could also be a major factor in why your power costs are rising. You may save money on your utility costs by reducing the amount of power you use at home. Make an appointment with an expert if you can’t find out what’s wrong on your own.

Why Should I Consider a Wooden Diffuser?

8 Signs You Need a New Roof

How To Fix A Leaky Water Heater

Your Best Guide to Crittall Windows: What They Are, Their Benefits, and More

How To Properly Clean Airbnb Homes

Why Bed Bugs Are Harmful

Do I Need Home Insurance?