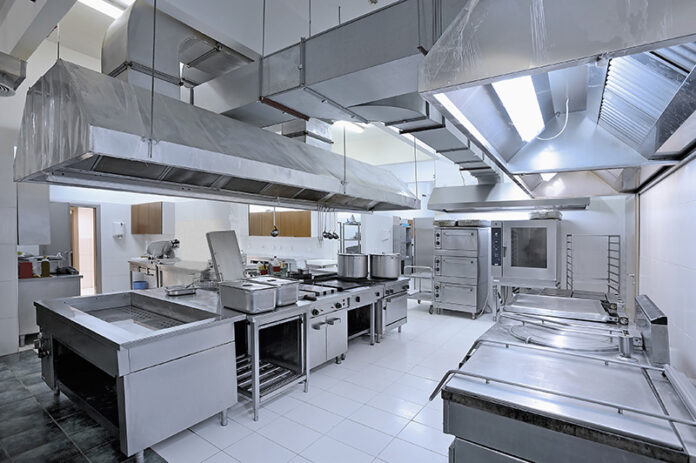 Kitchens involve age-old technology dating centuries earlier when it comes to food production and preparation. And one of those ancient technologies involves the use of heat for either direct heat or surrounding temperature change. Using basic physics, as heat changes the molecular nature of food, it becomes cooked to a level that is considered desirable but, as any cook knows, it can also burn food if left for too long as well. That same heat has to go somewhere, whether it’s cooking the food or not. If a kitchen doesn’t have an open window or environment, like many did in old times, the oven heat builds up in the kitchen room itself. This is why modern commercial kitchens have to invest in matching ventilation and exhaust systems.

How Do I Make My Restaurant Kitchen Cooler?

The number one way to reduce heat in a kitchen is to pull the rising heat out of it from the ceiling level. This causes the rising heat to pull upward faster as the hot air at the top exits through ventilation, and the lower levels rise faster. That in turn creates a cooler work environment at the floor and table level as cooler air falls and replaces the hot air leaving. However, natural air flow doesn’t exist in a closed kitchen, so a forced air system is needed instead, such as a kitchen exhaust hood and extraction system.

Do You Need an Extractor Fan in a Commercial Kitchen?

Believe it or not, for many years when electricity started, numerous commercial and restaurant kitchen relied on ceiling fans. The idea was the right one, pushing the hot air so it didn’t stay in the kitchen. However, if there was no exit point, the hot air just spun around the room and never left. Ergo, a system that actually pulls air out and pushes it out of the building is ideal, causing new air to come into the kitchen at the same time.

An extractor, on the other hand, goes a bit further. It actually pulls specific elements out of the air that passes through it. In some cases, this is necessary if the air is being recirculated back into the kitchen. In the case of a kitchen extractor, the heat and particulates are removed as the air passes through the system, and it is reintroduced back into the kitchen at a lower temperature and in clean form. It’s a higher level of heat treatment for a commercial kitchen, and the approach is often applied in kitchens that work at an industrial manufacturing level day and night.

How Much is a Restaurant Exhaust Hood System?

The smallest units are approximately $2,500 without labor. However, most commercial kitchens need much larger hoods that will typically cover both a flat grill, cooking range and a fryer system. These start at approximately $4,000 and go as high as $8,000, not including labor costs for installation and any building modification necessary. It also assumes there is already a venting ductwork system in place to connect to it as well. If not, the cost runs higher to put all the same in place as well. 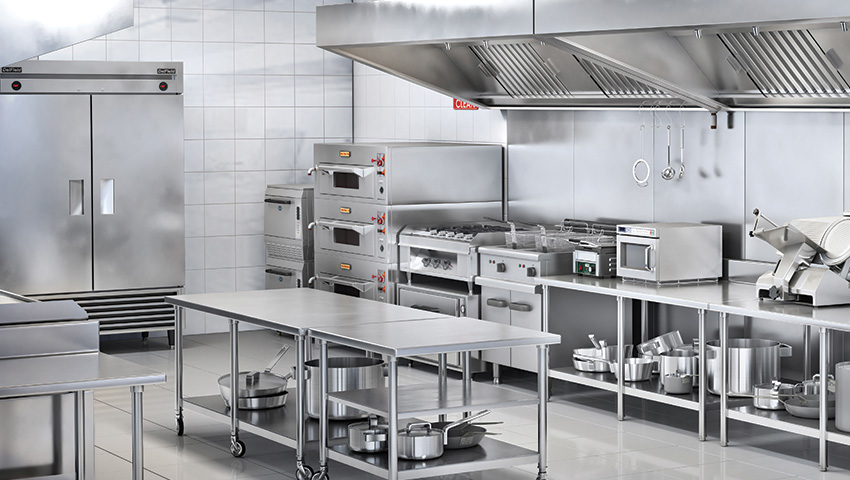 How Hot do Commercial Kitchens Get?

Kitchens can generate enough heat to create flash points if the air is filled with flammable material. For example, kitchens working with food materials that generate a lot of dust and in an environment with heat such as ovens can just about eliminate all humidity in the air, which in turn can make the same dust volatile as it reaches an ignition point if the heat can’t escape. The same problem can happen with vaporized grease from cooking food. Miniature oil droplets become airborne with high heat cooking, and they too can ignite without a proper existing system that captures them with rising heat. Grease fires are notoriously hard to put out, and they require special extinguishers as basic water-based fire suppression won’t work. A vent hood plays a particularly effective role in pulling out airborne grease, hot air, and airborne dust from a kitchen, especially when high production is occurring all at once.

In addition to all the above, a properly working vent hood or heat extraction system benefits staff working in the same environment. While the human body is extremely flexible for a short period of time, with significant hydration during and cooling time after, it cannot endure prolonged head exposure without serious health problems. Heat exhaustion and heat stroke are real problems in commercial kitchens with poor ventilation. Even if nothing appears during a shift, long-term heat exposure can create chronic health problems as well. By creating a healthy, ventilated environment for commercial cooking work, vent hood systems help protect workers, keep workers compensation costs down, and avoid serious injury claims, as well as reduce the risk of fire.

To set up all the above, it helps tremendously to work with a commercial facility air purification expert who can provide the correct industrial analysis that applies and points out the right equipment to work with for heat venting, cooking hoods and extraction. This removes the guessing game and matches the right systems with the work being done.

5 Tips to Replacing Kitchen Countertops on a Budget

Plastic Or Glass: Which Food Storage Container Is Safest?

5 Of The Best Reasons To Use A Granite Worktop

Top Tips on How You Can Make Home Cooking Easier