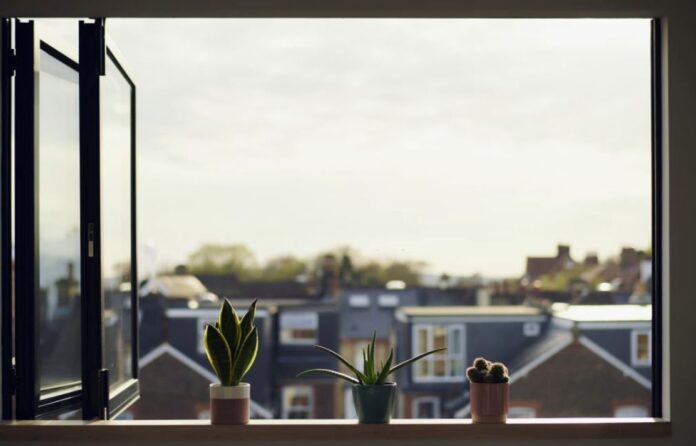 Windows let in natural light while also protecting people from the elements. Windows provide a chance to add detail and beauty to your house while protecting your investment. This article will help you learn about the various types of home windows that are now on the market, allowing you to choose the best home windows for your house.

Casement windows are those that open outside and are often controlled by rotating a hand crank located at the bottom of the window. In contrast to many sliding window designs, casement windows provide excellent air circulation because the entire window opens. Because the crank can be used with just one hand while standing, it is possible to put them in positions that are either high or difficult to access.

Although it is reasonable to assume that high-quality casement windows will function without issue throughout their lifetimes, the crank mechanism on some older casement windows can gradually wear out and require maintenance or replacement. Another consideration is that it could be difficult or even impossible to clean the exterior of casement windows because of their design, which makes this area of the window tough to access from inside the home.

Single-hung windows, often known as vertical sliders, are commonly installed in single-story homes’ bedrooms and baths because of their compact size. Only the bottom sash of the window can be opened, and that’s a difference between them and double-hung windows, which can open both sashes. In most cases, the cost of single-hung windows is significantly lower than that of similar double-hung ones.

Picture windows, which are another common style of window found in homes, are particularly effective at bringing the outside world in. Large windows that are fixed in place and do not open or close are known as picture windows. Picture windows are typically thought of as big, floor-to-ceiling panes of glass, although the word can refer to any window that is larger than average and is designed to maximize natural light and visibility outside.

Skylight windows are among the most distinctive types of windows. This window is positioned in the ceiling rather than on the wall, giving the impression that the home is surrounded by open sky while limiting the possibility that weather, such as rain or snow, could enter the house. Skylight windows can be fixed, which means that they do not open, or they could have a crank mechanism or remote control to open the window. Skylight windows are an excellent option for bringing natural light into spaces that are limited in size because they do not take any of the available wall space.

Storm windows are a specific type of window that places more importance on its functionality than on its aesthetic appeal. Storm windows, as their name suggests, are built to endure severe weather conditions such as strong winds, rain, snow, and ice. They offer an additional layer of protection without blocking the view and can be fitted either to the interior or the exterior side of existing window glass. This ability makes them very flexible.

The best use for these windows is to install them in an existing window frame so that a house can be better protected from extreme weather. Because of this, they work particularly well in regions that are prone to intense storms and hurricanes.

Awning windows are often installed on top of another window, which could be operated like a standard double-hung window or fixed like a huge picture window. Awning windows are hinged at the top. They have the dual purpose of allowing in more natural light and allowing for increased airflow. In most cases, they are put over another window, but they can also be placed alongside or below another window. They are fixed, and their primary purpose is to add aesthetic value and make better use of available natural light.

Glass block windows, which are one of the more beautiful types of windows, are built out of numerous thick glass blocks. These windows let natural light into space but are not completely transparent, making them one of the most unique types of windows. These glass blocks are typically frosted or have a patterned design on them, which serves as a decorative component that can be added to a home. Windows made of glass blocks cannot have their sashes opened for ventilation. Glass block windows are ideal in places where personal privacy is important, such as bathrooms, apartments on lower floors, and entryways.

We hope that the information given in this article was helpful in expanding your knowledge of the various types of windows available, allowing you to make an educated choice about the windows in your home.