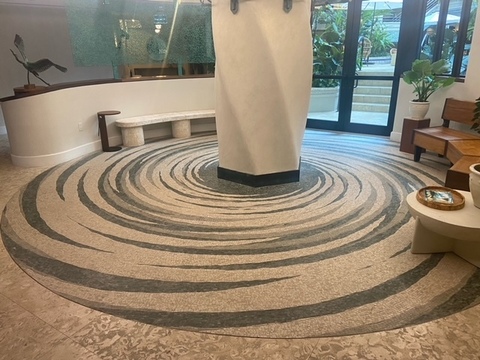 Mozaico has recently completed a dazzling custom mosaic artwork for the iconic Mayfair Hotel at Coconut Grove, Miami, Florida, spanning an expansive six-foot diameter. Working closely with architects and contractors, Mozaico’s design transmits a revitalizing sense of movement and dimension in a handcrafted mosaic medallion embellishing the newly renovated hotel lobby. With the recent reopening of the Mayfair Hotel following the completion of a major renovation project, rebranded as the Mayfair House Hotel & Garden, guests are already able to enjoy Mozaico’s latest artwork. 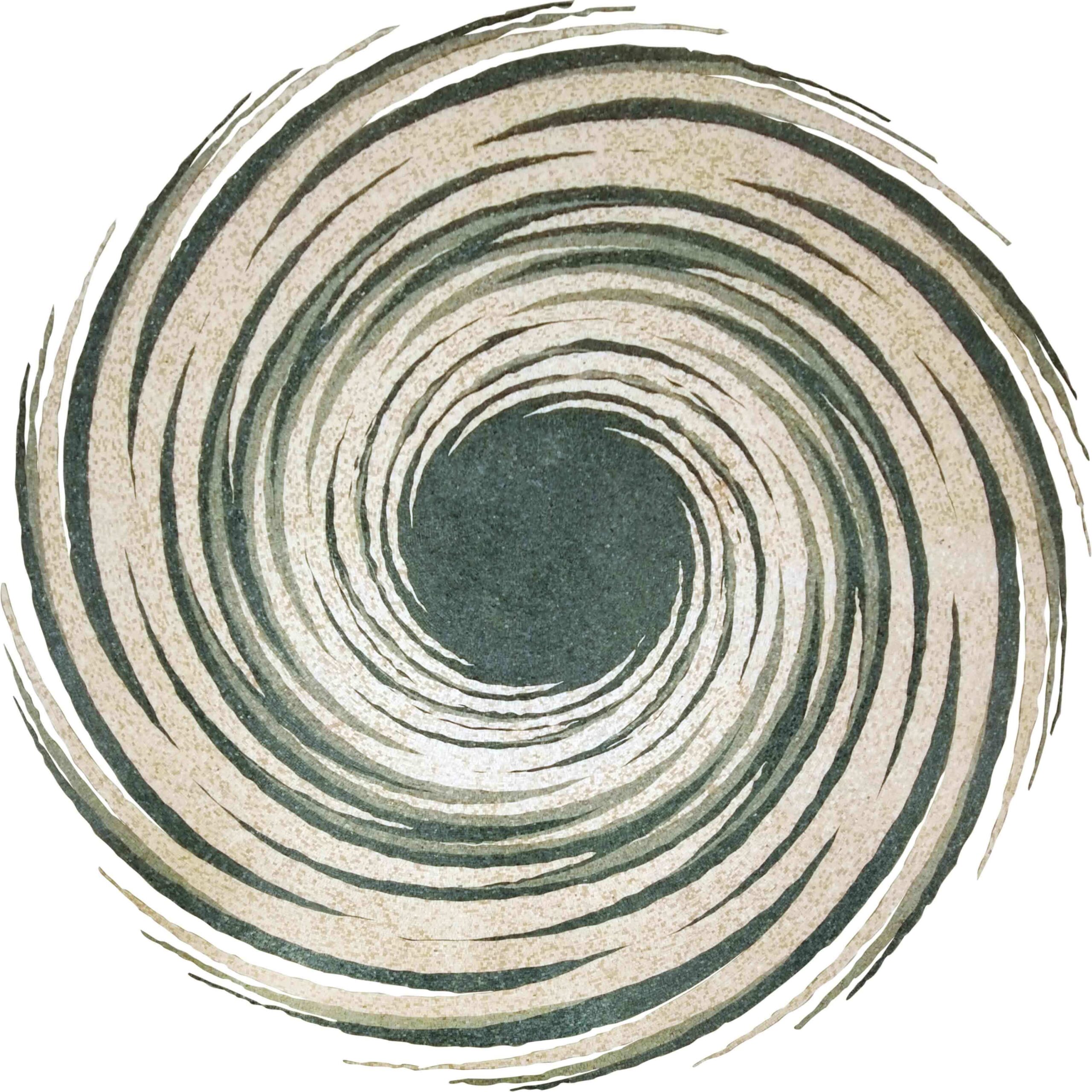 Mozaico’s skilled craftsmen spent more than 16 weeks hand-setting every stone in the custom mosaic that has been inspired by and designed specifically for its new home. Assembled using over 30,000 hand-cut, hand-set tesserae, the mosaic medallion’s deceptively minimalist design and color palette is comprised of an extensive range of hues. At first sight, the mosaic design appears to feature block colors, but on closer inspection, there are many different shades of marble at play. The circular motion of the medallion is further reflected in the unique flowing effect achieved by careful stone placement. Pieces of cut marble were added one by one using tweezers or fingers to map out the linework in the early stage of bringing the mosaic to life.

It was essential for Mozaico to ensure that the color of every stone exactly matched the design. Mozaico’s team searched far and wide for the highest quality marble in perfectly matching colors to ensure the mosaic artwork can withstand the test of time and the elements, and remain intact for decades to come. It was also essential for all stone colors to work perfectly in combination with one another to create a sense of depth, shade, and movement.

Eight Mozaico’s craftsmen worked tirelessly to assemble this monumental mosaic. In order to photograph the final artwork, Mozaico’s team had to place it on a football field due to its impressive scale. The rendering and design of the mosaic were created in close collaboration with interior designers responsible for the Mayfair renovation project. These skilled craftsmen took the highest level of precision from Mozaico’s team to ensure the artwork fits the design seamlessly.

Located at 3000 Florida Avenue, just a few miles from the historical Vizcaya Museum & Gardens, the iconic Mayfair Hotel was built in 1985, designed by architect Kenneth Treister. The hotel’s renovation project builds on its original design principles and will prominently feature art throughout its interiors to provide guests with the experience of a secluded oasis escape.

Wrongful Death Attorney Arizona: How To Choose the Right One

Why The CIPP Lateral Liner Is Lifesaving For Municipalities

The Benefits Of Using An Agricultural Irrigation System

WHY SHOULD I CARE ABOUT TUCKPOINTING?

Calendar Gift Ideas for Everyone That You Know

An Easy Solution to Hire Luxury Cars on Rent in Dubai

Everything You Need to Know About AC Maintenance

Dos And Don’ts Before Buying Fasteners

How to Get the Most Out of Your Arcade Game Console

How to Get Started in Forex Trading